Canadian Inventors Association now offers membership plans for everyone looking to expand their business and build potential connections. If you are an inventor, businessman, entrepreneur, or you want to market a product we are giving you the opportunity to do so for an incredibly minimal price and a great package.

Every package is curated keeping in mind all your needs and maximum benefits offered for you as our main goal is customer satisfaction and helping others promote their business in the best ways possible. We offer Regular, Premium, Business, and VIP Association of Canadian Inventors membership as follows. Each member will receive an ACI membership ID card, certificate.

Other Law agents or Patent attorneys charge about $40,000 to get your entire work done. However, at PatentK we only charge $12,000, and by having one of the membership plans you can SAVE even more! Assuming you have 2 patents ongoing, 3 OAs per patent, and all prosecutions finish within 2 years.

So Hurry Up & APPLY NOW!

1. We will review your application

2. We will approve applicants who meet the criterion and send them a membership e-mail

We are looking forward to working with you!

Connect with us on

The deep-sea oil and gas industry has a vast and costly infrastructure to maintain. Wells, other equipment, and thousands of kilometers of the pipeline must be installed, inspected, and repaired. Now, cutting-edge underwater drones and robots are being developed that could make the work safer, cheaper, and less polluting.

Among them is Eelume, a six-meter-long, snake-like robot kitted out with #sensors and a camera at each end. It can be kept at a docking station at depths up to 500 meters (547 yards) for six months, without being brought back to the surface. The self-propelling robot can travel up to 20 kilometers before needing to return to its station to recharge and can swap out parts for different tasks, including tools to operate subsea valves, and cleaning brushes to remove marine growth and sediments.

Maintenance work at many deep-water wells and pipeline systems is already carried out by unmanned vehicles. But these vehicles typically need to be transported to the offshore site on a fully crewed ship and then remotely operated from onboard the surface vessel. That can cost up to $100,000 per day, according to Pål Liljebäck, chief technology officer with Eelume Subsea Intervention, which developed the robot.

#Eelume can work autonomously on tasks assigned from a control room onshore, and send back video and data. Its snake-like design allows it to work in confined spaces and wriggle its body to stay in place in strong currents. By docking under the sea, it can be deployed whatever the conditions on the surface of the ocean.

Subscribe to our newsletter for more interesting articles and updates

If you’ve always found Apple’s products too shiny, or insufficiently shadowy, you’ll be pleased by the company’s latest patent activity. A new patent application, Anodized Part Having A Matte Black Appearance, describes a new type of anodizing that can “absorb” light to make a matt black color look even darker, MacRumors reports. By etching small pores in the top layer, more light will be absorbed by the metal, giving a darker black that doesn’t reflect light.

The concept is in many ways reminiscent of the color #Vantablack, which absorbs 99.965% of all light and is one of the darkest substances known to man.

Apple doesn’t specify in the patent that this would be used on a laptop, and indeed pictures of a phone, tablet, and smartwatch appear alongside a laptop in the related images. But the MacBook range is the most obvious application for such technology.

As usual, a patent application is not proof that a matt black MacBook is on the way – we wouldn’t, for example, bet money on such a color finish being offered for the new 14in MacBook Pro – but it certainly points us towards the development areas Apple currently finds interesting. 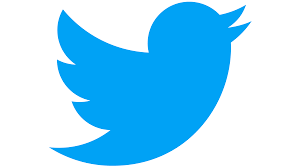 LG’s tease of its Rollable smartphone at its CES 2021 press conference isn’t just for show. The Korean company will release the phone later this year, according to people familiar with LG’s plans.

The brief glimpse of the phone was the second tease of the Rollable, which has a display that extends upward to create a larger, more tablet-like screen. Presumably, the bottom of the phone, when it’s in landscape mode, has a mechanism that furls and unfurls the display, similar to how its rollable OLED televisions work — but on a smaller scale.

The LG Rollable only showed up in two videos bookending the press conference and the executives on stage didn’t mention the device. That led to speculation that it was only a concept device, not ready for prime time. TCL later Monday showed off two concepts for rollable phones, including a larger 17-inch tablet that unfurled from both ends, like a treasure map, but those appear to be far away from an actual product.